Dr. Fucinari has produced classes and publications on HIPAA, Clinical Documentation, Medicare, and Stroke and Cervical Manipulation. He is a worldwide speaker for NCMIC and several state associations and a Certified Chiropractic Sports Physician [CCSP]. 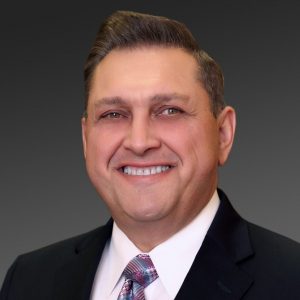 Mario was born on September 7, 1956, in Hamtramck, Michigan. He often says that their family was very poor, but they just didn’t know any better. In 1966, the family moved on up to the East side – Warren, Michigan. Even in Elementary school, Mario began assuming some leadership roles. He was captain of the safety boys in 5th grade.

Mario’s mother died at the age of 35. Later, the family found out she died from peritonitis, due to an eight-inch hemostat left in her abdomen after surgery. At age 13, Mario, the oldest of 6 children, had to learn to do laundry, cook and mend clothes. He was active in sports at school including shotput and wrestling. He had to help his siblings with homework, since his father, an immigrant from Italy, never finished school. In high school, Mario had all his pre-requisites done to graduate five months ahead of schedule. He began working as a co-op student in the x-ray department as a senior in high school. Right out of high school, Mario entered in the South Macomb school of x-ray technology. In his second year of school, they asked him if he would like to work on the midnight shift taking x-rays at South Macomb Hospital by himself; an unheard of proposal at the time. Of course, he did so. Little did he know that this is where he would meet an ER nurse, who would become his future wife and “best friend,” Ginny. They were wed June 12, 1982.

Working and studying has been a common theme with Mario. He has always worked and gone to school. Sciatica led Mario to a former high school teacher who had become a chiropractor. On his first adjustment, Mario said that he knew he wanted to become a chiropractor. Already earning his bachelor’s degree in biology from Wayne State University in Detroit, Michigan, Mario graduated in March and went to Palmer in July 1983.

At Palmer College, Mario served as class historian, class Vice-President and eventually as Class President. At the same time, he was offered a job as an x-ray instructor and an x-ray tech at nights at the Palmer Clinic. Class President, Palmer Instructor, X-ray tech and full-time student, all at once. Is it any wonder he only sleeps five hours per night? His first child was born in Davenport. The joke was you either got married, divorced or pregnant while at Palmer, so the Fucinaris were no different. Mario studied for part one of National boards in between Ginny’s contractions while in labor with their first daughter, Nicole.

After graduating from Palmer College, Dr. Fucinari completed studies in chiropractic orthopedics and attained his certification as a chiropractic sports physician and certified Insurance Consultant and a member of the American Academy of Professional Coders.

Mario has always been successful in his practice. Sixty-four new patients in his first month of practice; he never looked back. At a Croft seminar in Florida, he told Dr. Doug Matzner he wanted to get involved with giving back to his profession. Soon he was on the board of the ICS. Mario has served every position from District Vice-President and President all the way up to the ICS President. He has been teaching Medicare, coding and documentation and low tech rehab for the ICS for years. He never served as Treasurer, but then, money was never his main focus.

Mario has also served his community as well. He has served on the Chamber of Commerce Business committee as its head, Medical Director for the Relay for Life, Easter Seals, Futures Golf Tournament Board and every year on the WSOY Food Drive. At church, Mario served on the Praise Team for three years, where he got to live out his fantasy as a band member. He served on the church board and was director of the church daycare board for two years.

Mario was the first chiropractor to attain the Certified Medical Compliance degree. Two years later he earned his degree as a Certified Instructor for the Certified Medical Compliance Program. Mario teaches for the ICS, NCMIC, Foot Levelers and many state associations. His teaching “gigs” as he calls it, has taken him to Amsterdam, Belgium and 42 out of the 50 states as well as in Puerto Rico. He has a map of the U.S. in his office and pins everywhere he has taught. His goal is to teach in all 50 states.

Mario answers emails every day from doctors all over the country. He has a website, AskMario.com, and has become the “Dear Abby” of the chiropractic insurance world.

Mario maintains a busy chiropractic office, seeing 60+ patients per day himself in his referral-based practice with no advertising and no gimmicks.

Together, Mario and Ginny mentor doctor’s offices with over 200 clients. Most of Mario’s work with the profession is for free, though. Many of his former students and doctors from all over the United States call Mario when they are in trouble with Blue Cross and Medicare. Mario calls it a game and loves to tell them how to get out of trouble and do what is right in their practice to stay out of trouble.

What does Mario do for fun? All of it is fun to him! He loves to travel, read fiction and leadership books and has recently increased his interest in photography. Meanwhile, he spends time with, as he calls it, his best friend, Ginny, and their two daughters, Katie and Nicole.